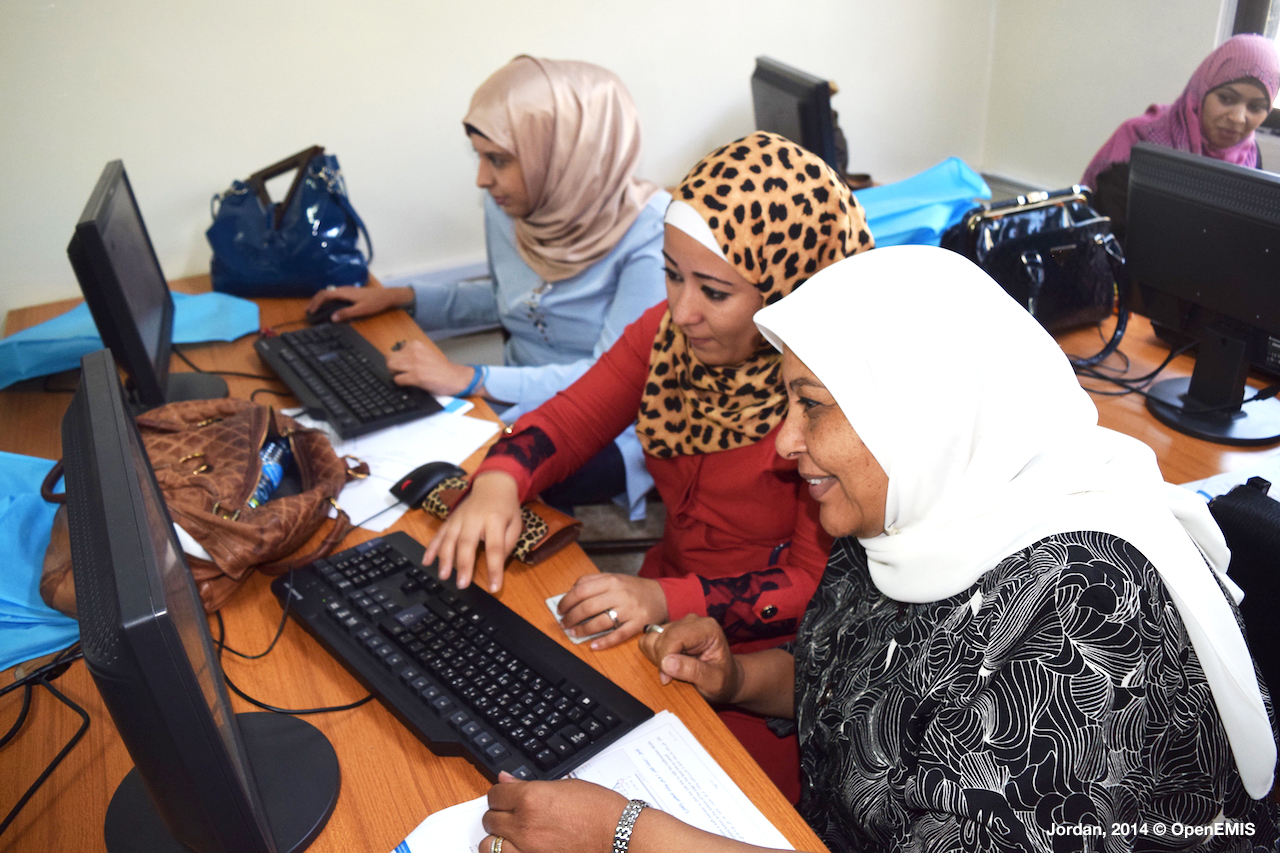 OpenEMIS Jordan was launched nationally on 29th August, 2016!  Click here to read more about the launch.

Under the scheme of the second phase Education Reform for Knowledge Economy (ERfKE II, 2010) of the Government of Jordan, OpenEMIS has been deployed since 2014 to support the Jordanian Ministry of Education (MoE) in enhancing its capacity in evidence-based education planning and management with improved educational data.

With technical support and guidance from UNESCO Amman and partners from the education sector working group and funding by the European Union, OpenEMIS Jordan was first initiated in 2014 as a project to monitor education opportunities for a growing refugee population.  It was reported that there were more than 600,000 Syrian refugees registered with UNHCR Jordan, around 83,000 registered in the Za’atari camp, and approximately 48 percent of all school-aged children in the camp were out-of-school by the time of 2013/2014 (Education Sector Working Group, 2014).  OpenEMIS was customized as a monitoring system for tracking educational data on Syrian refugee children in schools and education centers in the Za’atari refugee camp.

Recognizing the functionality of the system and drawing on lessons learnt from OpenEMIS Refugees, the project has been extended in scope to provide school-level management systems and annual reporting throughout the Kingdom of Jordan.  With launch in 2016, OpenEMIS is fully owned by the government, with strengthened capacities in monitoring and planning in the education system.  Since project inception, Community Systems Foundation has provided technical support ranging from system setup to training for local education planners.